Hans Beckers is the builder of fabulous sound installations. For his new show Klopotec Orkestra, he travelled to an old, magical house in a Norwegian fishing village, the Kråkeslottet. The man who lives there, collects magnificent pieces of wreckage wood, consumed by the sea and then washed ashore. Hans Beckers used that wood to build a remarkable orchestra of klopotecs: rattle windmills that used to chase snakes from the vineyards of Slovenia in the old days.

Amidst his self-built windmillorchestra, Hans Beckers enters into a musical conversation with Teun Verbruggen, a masterly percussionist who earned his credentials at  FES, Mélanie de Biasio and the Jef Neve Trio. Together they’ve turned Klopotec Orkestra into a visual and auditive spectacle that will rattle and blow and astonish as a colourful game of shades. 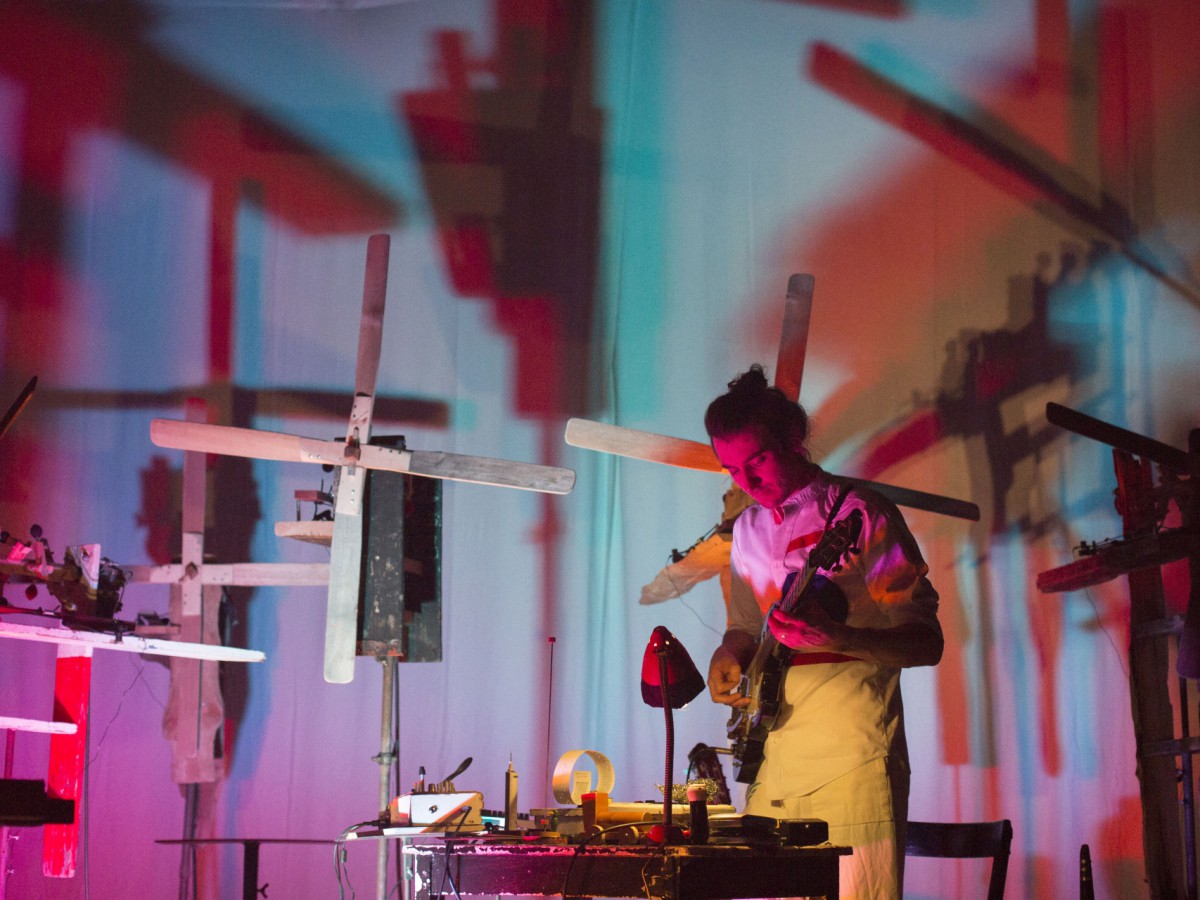 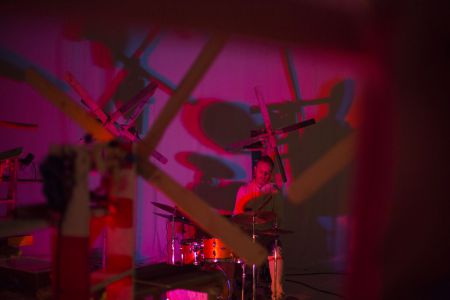 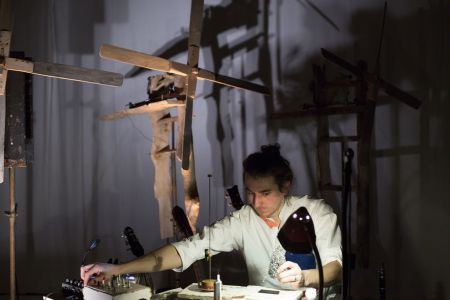 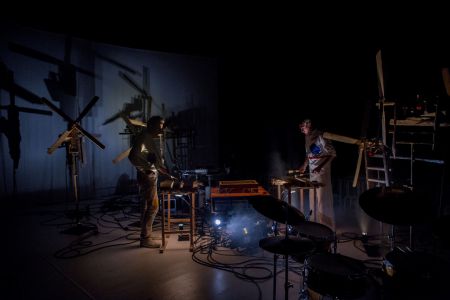 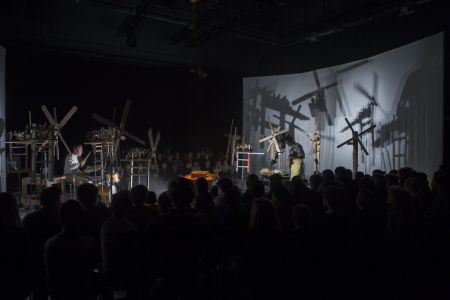